China Earthquake: News and a View

Earthquake in China: The 'view' is a post, with many photos, and reactions of someone with a more personal stake in the rescue efforts than most of us have.Update: May 16, 2008

A few of the photos, displayed with permission (thanks!). 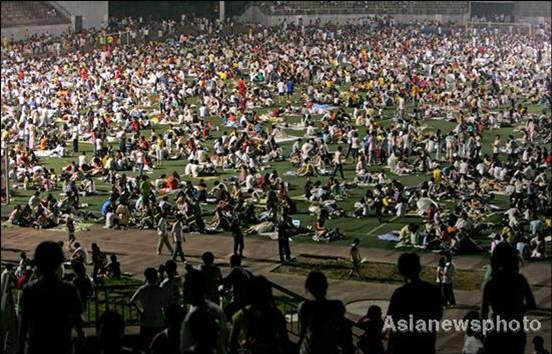 It is truly heartbreaking.
I have nightmares of children buried underneath dying by the minute.

It is heartbreaking, indeed. I am sorry to hear about the nightmares.

(Apologies for the late response: I've been away from the Internet for several days.)