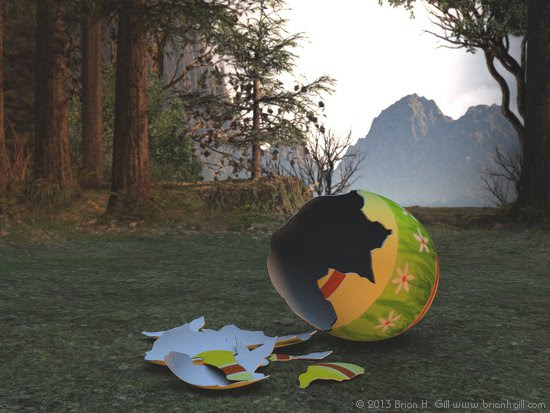 It's a few days before Easter Sunday, but the Lemming missed last week's post: and didn't have much ready now except for that picture.

Not Right for the Part 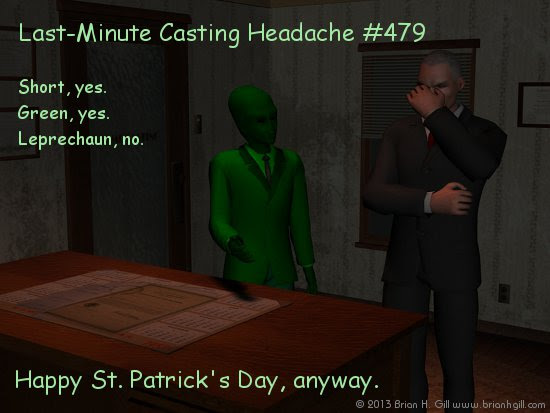 Life in the Universe: Where is Everybody?

"When it comes to life across the cosmos, the universe might just be an 'awful waste of space' after all.

"A new theory presented at a conference this week would confirm the worry of Ellie Arroway, Jodie Foster's character in the film 'Contact,' that life might not exist on other worlds.

"Some scientists think that just because exoplanets could have habitable environments, that does not mean that life evolved there.

" 'The pervasive nature of life on Earth is leading us to make this assumption,' Charles Cockell, the director of the U.K. Center for Astrobiology at the University of Edinburgh, said in a statement. 'On our planet, carbon leaches into most habitat space and provides energy for microorganisms to live. There are only a few vacant habitats that may persist for any length of time on Earth, but we cannot assume that this is the case on other planets.'..."

It is the Lemming's considered opinion that Earth might be the only place in the entire universe that supports life: or this could be one of billions of planets and moons where critters live.

At this point, we simply don't know.

The U. K. Center for Astrobiology's director makes a valid point: Earth is just simply crawling with life. The trick here is to keep microcritters out of areas like operating rooms and industrial clean rooms.

We can assume that however life started, here on Earth, it's one of those things that's very likely to happen. But that's an assumption.


Alien Life: Not Quite As We Know It

"...It is also possible that scientists will not be able to detect alien signs of life, even if it exists, Cockell said. Life might be markedly dissimilar from planet to planet, making it unlikely that astronomers on Earth will see recognizable signatures of life. But not all hope is lost...."
(Miriam Kramer, Space.com)

A few decades back, the Lemming read a discussion of life in the universe where the author suggested that we should be looking for unstable chemical combinations.

For example, here on Earth, about one fifth of the atmosphere is oxygen: at a temperature where it reacts with the carbon compounds and rock on the surface.

Our atmosphere 'should' have quite a lot of carbon dioxide, and no oxygen to speak of. The reason we've got so much oxygen is that the sort of life we call plants process carbon dioxide, with oxygen as a waste product. When photosynthesis started, we had an ecological disaster, sort of. (October 1, 2010)

Now a hypothetical example: if astronomers found a planet with lots of iron compounds on the surface, an atmosphere that was about 20% chlorine, but only traces of iron chloride; the Lemming thinks that one of the less unlikely explanations would be that life that's vaguely analogous to Earthly plants was dumping chlorine into the local air.

About 50 years ago, a professor worked out this list of possible life chemistries (March 24, 2010):
If life is a rare phenomenon in this universe, that might explain why humanity isn't selling 'genuine native crafts' to tourists from the galactic hegemony, and that's another topic. Topics.

The Lemming Takes a Vacation

It has come to our attention that Lemming has taken an unexpected, and unannounced, vacation. We apologize for the absence of a post last week, and regret any inconvenience which this may have caused.

In lieu of the regularly scheduled post, we present an infographic which the Lemming left on his desktop, together with a somewhat enigmatic note which read, "having a great time, wish you were here."