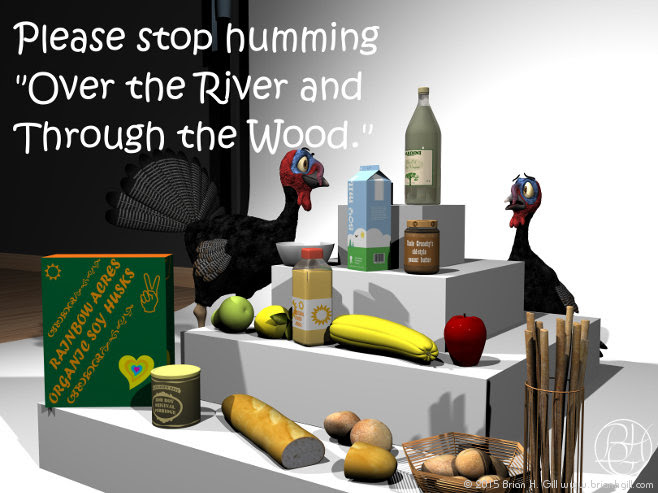 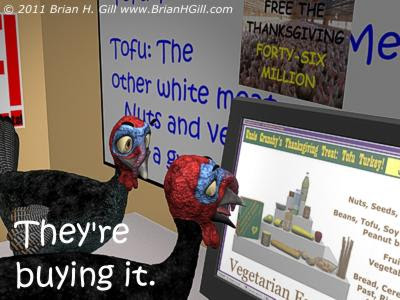 "Over the River and Through the Wood" recalls pleasant memories of Thanksgiving, snow, pumpkin pie, and pudding. Maybe it's Jowler the dog that bothers the other turkey.

The feathered duo is apparently promoting "Uncle Crunchy's Thanksgiving Treat: Tofu Turkey!" again. They tried that back in 2011.

The Lemming may or may not be back tomorrow morning, with a "Friday morning" post. That depends in part on how heartily the Lemming indulges in holiday festivities, the nature of reality, and the Lemming's notoriously scatty imagination.

Remembrance of Thanksgivings past:

Labels: art, dark humor, from the mind of the Lemming, holidays, Thanksgiving 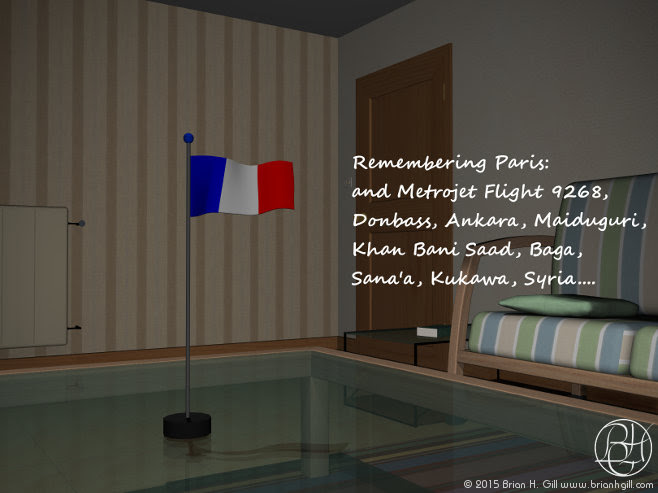 One week ago today, an evening in Paris did not end well. More than a hundred people were killed, most of them at a rock concert.

After that, the Lemming thought posting another 'Galaxy Cadet' image might seem a bit insensitive. Besides, the Lemming wasn't feeling particularly upbeat. Not to worry, though: the Lemming should have something ungloomy ready for next Friday.

This week, however, the Lemming will be less apathetic than usual. About the 'remembering' picture: the Lemming intention was to express sympathy for folks affected by last Friday's attacks in Paris — and everyone else whose life has been disrupted by similar events.

Other not-particularly-cheerful posts, not necessarily in this blog:

Labels: Apathetic Lemming Tracks, art, from the mind of the Lemming, war 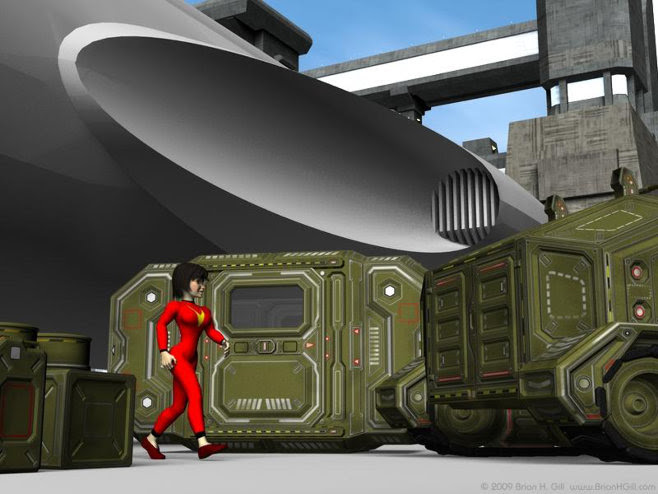 From the archives of Baum Media Productions, the Lemming presents something that's apparently not from any of the Galaxy Cadet movies.

There is no prize, no contest, winners will not be announced at the annual Baum Media company picnic; and it is the Lemming's opinion that perceptive readers have better things to do with their time.

But, although there is positively no 'spot the differences' contest — maybe perceptive readers will actually think looking for differences is worth their time. Lemming has been wrong before. Fairly often.

Take "Gormful," for example: who would have guessed that dictionary compilers don't think it's a word? "Gormless," yes; "gloomful," "roomful," and "doomful," Yes. "Gormful," no.

Posts that might be related, and some that aren't:

Labels: art, from the mind of the Lemming, language, robots, science fiction, vocabulary 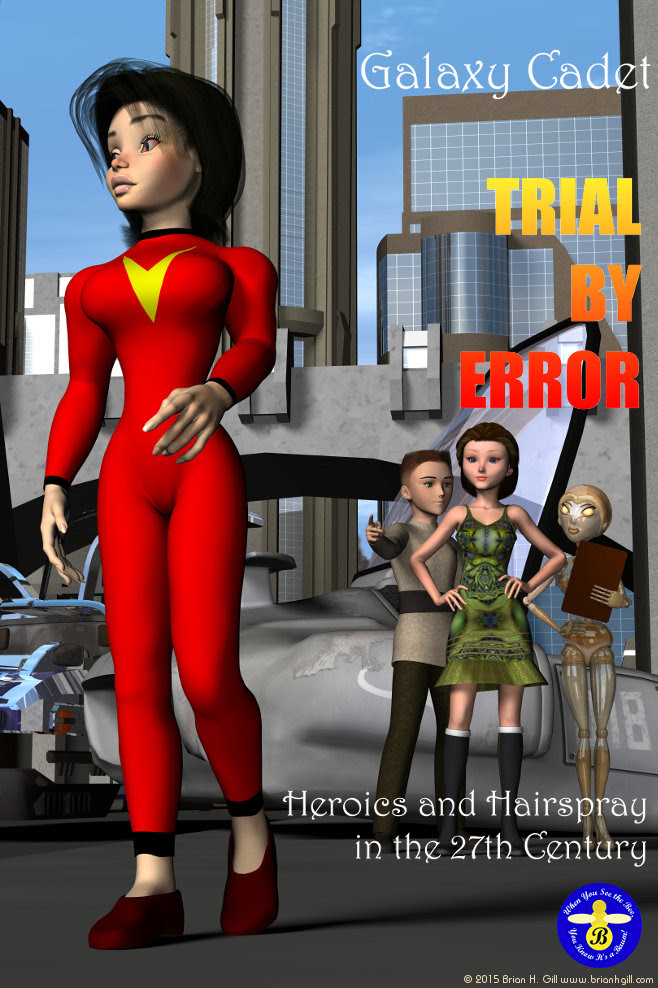 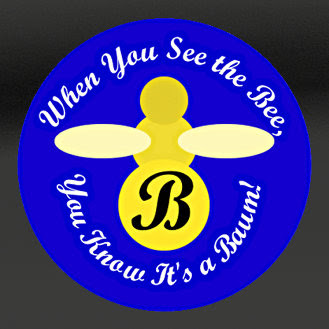 This poster, and other stuff you won't find at Hallmark, is for sale online Brian H. Gill's Shop (norski.deviantart.com/prints).

And remember: "When You See the Bee, You Know It's a Baum!"