"When traveling abroad, remember that locals may be wary of your approach — after all, you are a stranger to them."

Posts that aren't entirely unlike this one:

End of the Day's Journey 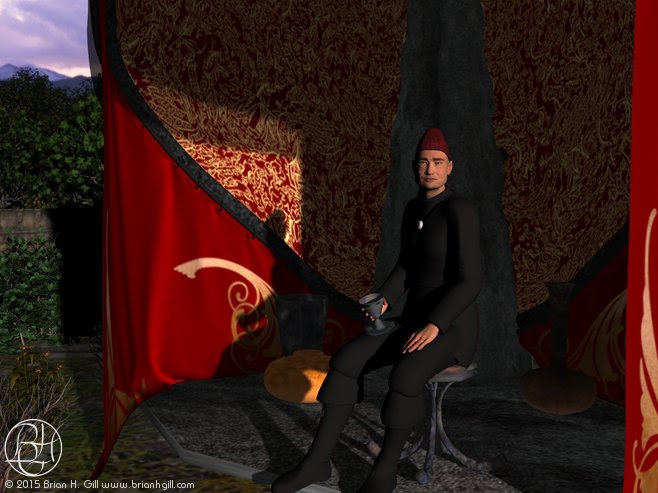 "No matter where a day's journey ends, thoughtful planning results in comfort: and even a few luxuries." 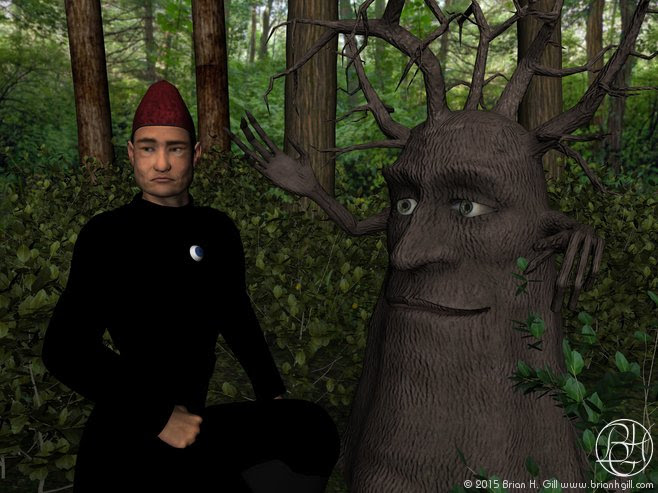 "When asking for directions, consider how likely it is that your guide has personal knowledge of your destination."

Posts the Lemming thinks relate to this one:

What a Beautiful Day for a Dragon Ride 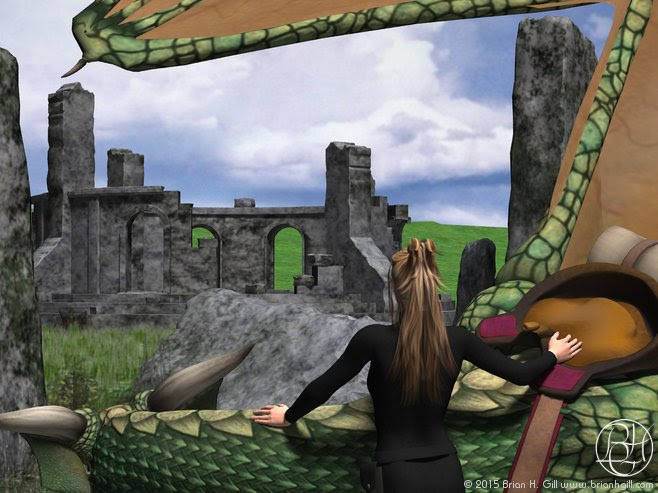 Dragondale: a fantastic destination for a day out and about riding a beautiful dragon?

Labels: art, dragons, fantasy, from the mind of the Lemming, landscape 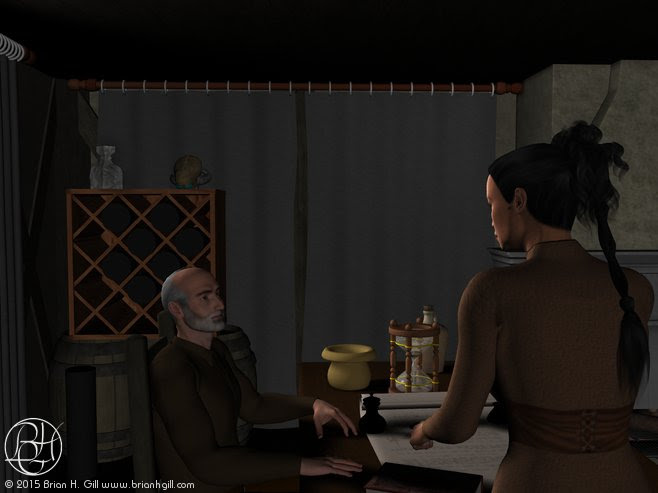 "Whoever she is, wherever she is from: she can read old Okuz, and claims to understand what this script says."