No Picture, a Few Links, and a Rambling Lemming

Due to circumstances beyond the Lemming's control, today's image cannot be displayed.

The Lemming is not making this up, and Blogger's new-found concern over the dangers of .jpg and other image files almost makes sense.

The Lemming apologizes, and hopes that you will be patient while the Lemming, Norbert Nerdly — you may have met him in December 18, 2015's post, and the Apathetic Lemming's staff of experts — all one of them — go not-so-quietly insane trying to figure out how Blogger's new-and-improved policy regarding .jpg and .png images, and other security threats, works.

That is, of course, assuming that the new-and-improved policy actually does work.

Thank you for your patience.

After this is over, the Lemming is seriously considering taking a vacation.

Stuff that doesn't have much to do with today's post:

Midnight in a Coal Mine 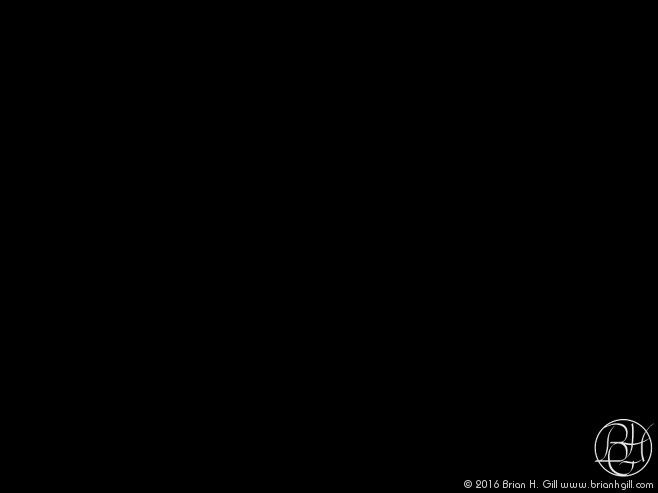 A timeless — or dated — classic from the Lemming: a black cat in a coal mine at midnight.

Labels: art, from the mind of the Lemming 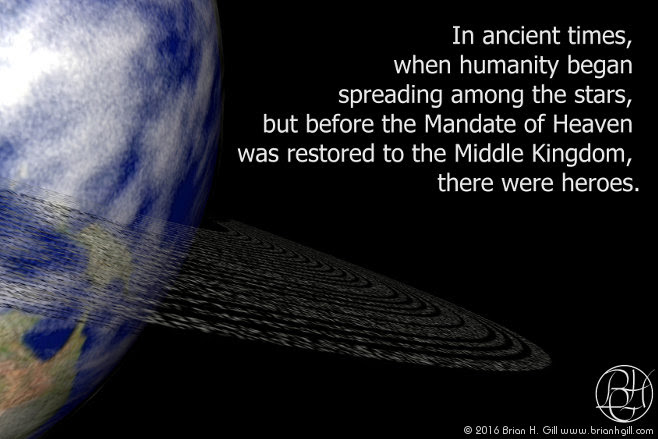 In the short run, the Lemming is pretty sure that humans will keep acting the way they have for the last few centuries: making mistakes, occasionally learning from their mistakes, and wondering what's over the horizon.

In the still-longer run — let's be realistic. This lot is descended from folks who have kept leaving their homeland: crossing most of another continent the first time. Earth has gone around its star some 1,900,000 times since then, give or take.

They've settled everywhere except on the planet's ice caps and in its ocean by now. That's settled. They've checked out just about every spot on the planet, and have more-or-less-permanent bases on its icecaps, ocean, and one in orbit.

The locals still can't seem to sit still for more than a few generations.

The Lemming doesn't think that's going to change. It a way, it's one of humanity's more intriguing qualities.

More of the Lemming, looking back at futures:

Labels: art, from the mind of the Lemming, history, science fiction 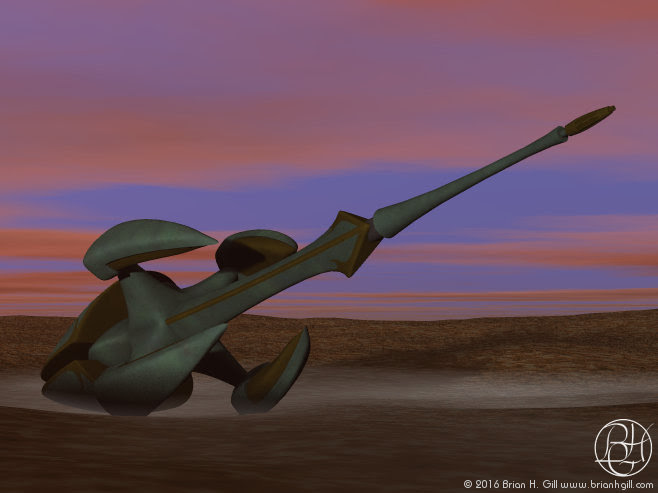 "Another day, another routine patrol: until 0600."

Once again, the Lemming has been unnecessarily cryptic.

Labels: art, from the mind of the Lemming, science fiction, space aliens 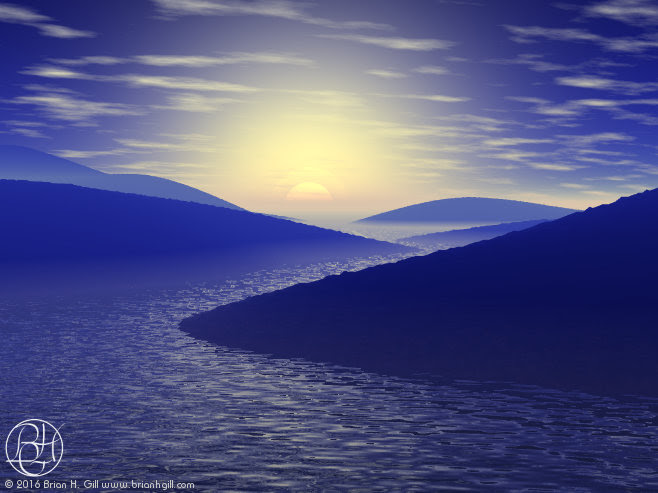 Another week, another landscape. This one has water in it, and the Lemming still doesn't have much to say.

Labels: art, from the mind of the Lemming, landscape 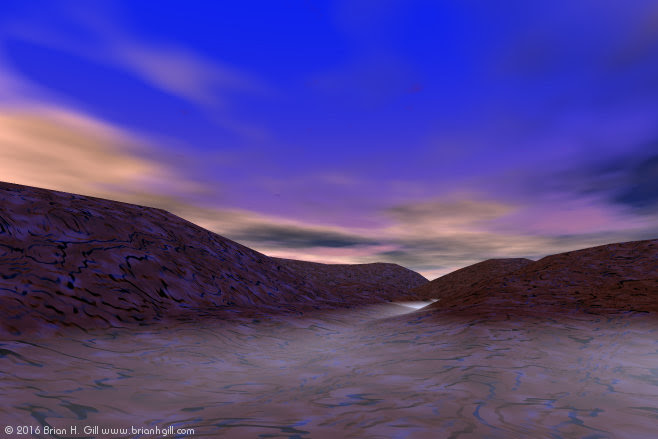 The good news is that Norbert Nerdley — you may remember him from last year (December 18, 2015) — was not pressured into producing content for today's post.

The other news is that the Lemming has taken another unannounced vacation: but thoughtfully left a picture, and arranged for Narcissus-X to provide his uniquely-insightful commentary. What follows is from Narcissus-X, artist extraordinary with a penchant for penguins.

Penguins in the Night: Narcissus-X Cogitates

And did five fumaroles fitfully favor flippant finches? Thrush not for whom the gull toils, it toils four three two one: and done is the mare's nest of quixotic quintile querns.

Yet softly steals the errant mist, and weaves a circle round rippling dreams of penguins in the night.

More, but not less:

Labels: art, from the mind of the Lemming, landscape, Narcissus-X 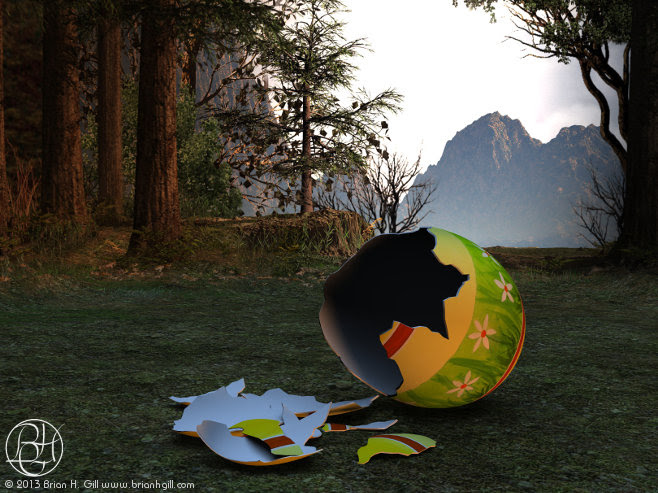 Happy Easter, a few days early. That's all the Lemming had to say.

Labels: art, Easter, from the mind of the Lemming, holidays 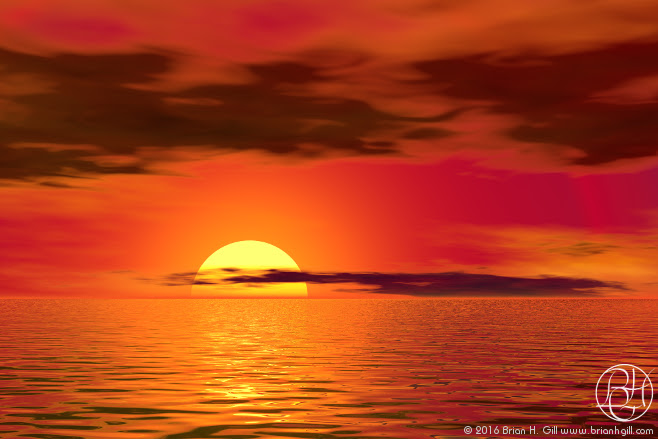 Another week, another postcard from the Lemming. No note, no explanation, just a postcard.

Labels: art, from the mind of the Lemming, landscape, postcard 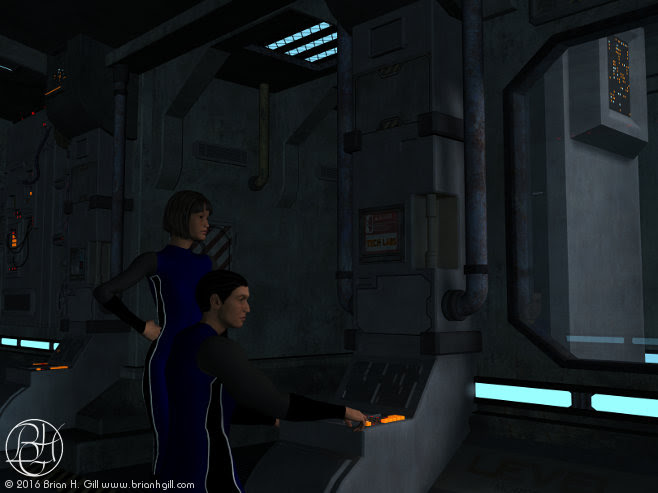 - - - top training programs and hands-on job experience. Your valuable new skills can lead to exciting careers in civilian life: or a lifelong career with the Patrol - - -

More, or less, of the same:

Labels: from the mind of the Lemming, science fiction, work 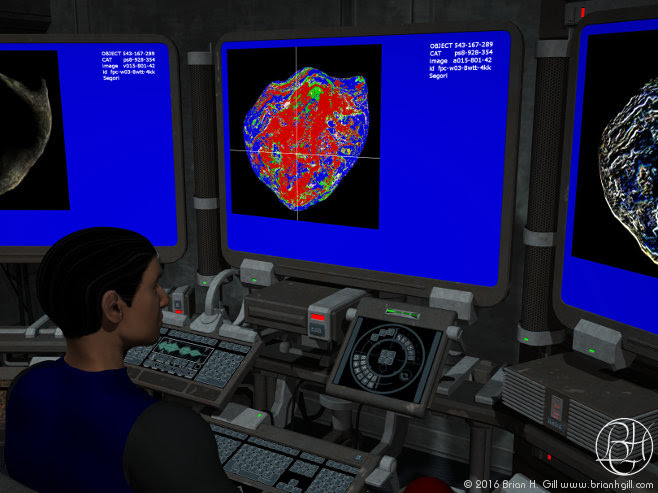 Labels: art, from the mind of the Lemming, science fiction, work 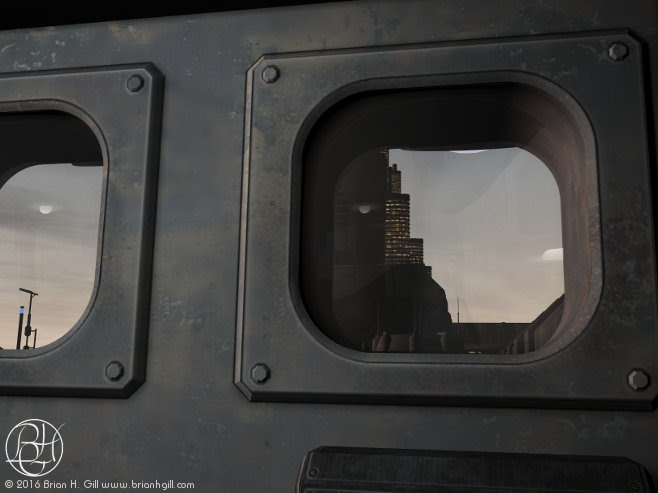 More of the same, or less:

Labels: advertising, from the mind of the Lemming, residence, residential, science fiction 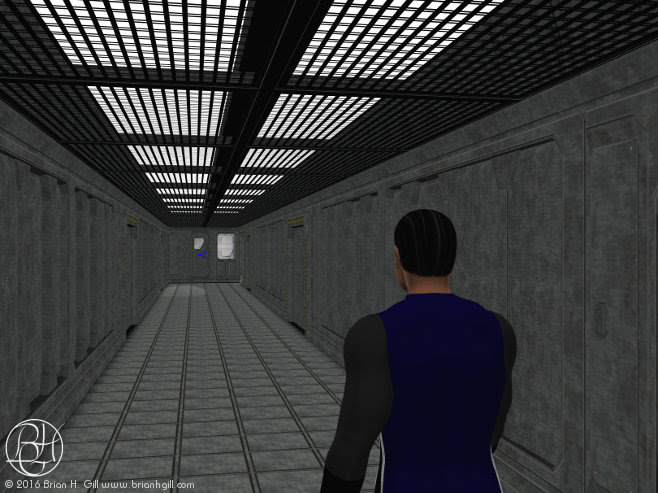 Join the Patrol, see the universe: and do inventory.

Labels: from the mind of the Lemming, science fiction, work 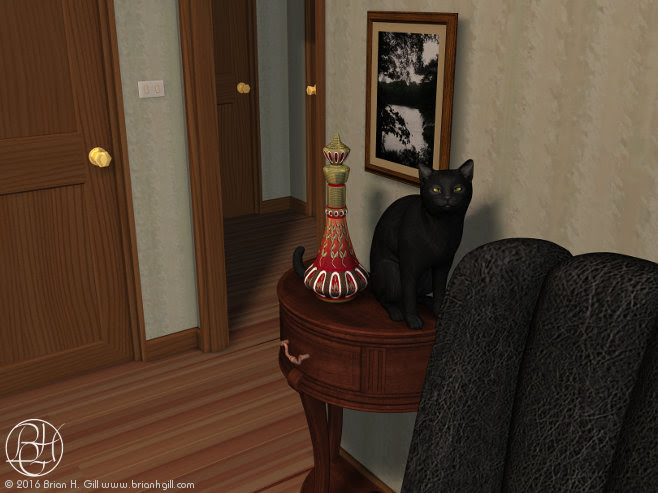 "Forgetting Valentine's Day, is he?"

Labels: animals, cats, from the mind of the Lemming, holidays, Valentine's Day 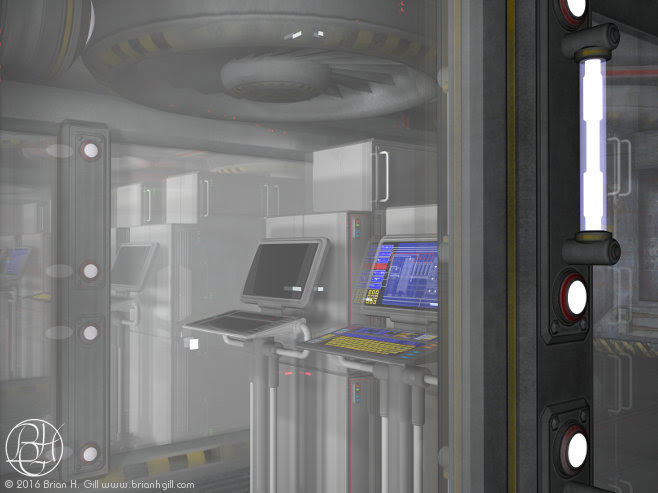 It's late, everyone else has gone home, and one of the monitor stations lights up for no apparent reason...

Labels: art, computers, from the mind of the Lemming, science fiction 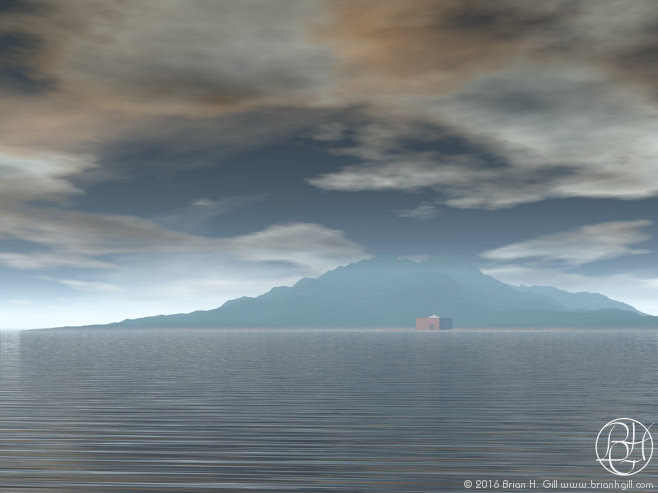 Looking on the bright side, at least this week the Lemming left a picture we could post. Next week there may be more: then again, maybe not. Norbert Nerdly has cleared his schedule, just in case. (December 18, 2015)

Labels: art, from the mind of the Lemming, landscape 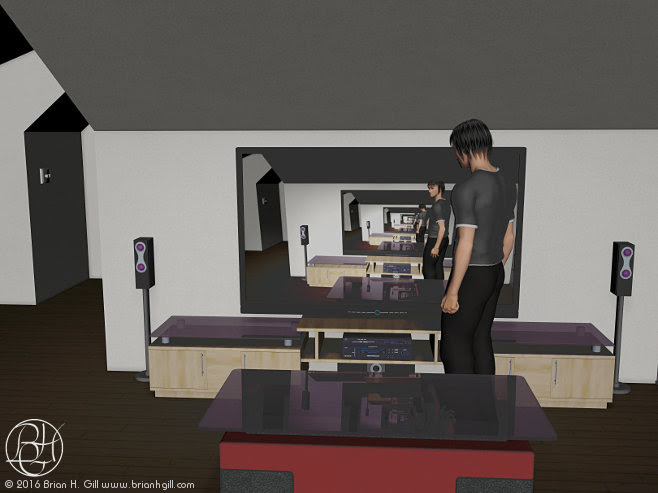 You may recall that Narcissus-X filled in for the Lemming last August: with characteristically turgid turbidity, but surprisingly few penguin references.

That was then, this is now, and the Lemming is wondering what to make of the latest Narcissus-X post: which included this — odd — image.

Labels: art, from the mind of the Lemming, Narcissus-X When gas went over three dollars a gallon in late 2006, Elton Baum decided to do something about it.

"I couldn't keep the price down," he said with a grin, "but I could do something about how much I used. Now, I don't go into town with the truck, unless it's for something really big."

Even a small car uses some gasoline, so Mr. Baum looked around for an alternative.

"About a year ago, I found a golf cart. Trouble was, I couldn't drive it on the roads except in daylight, and in good weather. Makes sense, but I wanted something where I wouldn't be stuck in town, or out here, if it started raining."

Elton Baum's golf cart looks about the same as it did when he got it, except for an extra bar across the back and license plates.

It's what you don't see that makes it special.

Under the seats, ten golf cart batteries take five or six hours to recharge. "Four, if I'm lucky," Elton said. He doesn't use a pedal generator to recharge his cart. "I thought about it," he said, "but … life is too short to spend that much time cycling."

A beefed-up suspension and high-performance motors boosted the golf cart's top speed to about 40 miles an hour, so Elton doesn't need a slow-moving vehicle sign. He does, though, generally wear a motorcycle helmet when he drives. It's safer, but that's not the main reason.

"It gets breezy, driving with no windshield."

Posts that probably aren't entirely unrelated to this one:

Labels: art, environmentalism, from the mind of the Lemming, technology The Lemming just got back, and already feels like taking another vacation.

Posts not even the Lemming thinks are related to this. Then again, maybe they are:

Labels: art, from the mind of the Lemming, robots The Lemming is pleased to announce that Earth has gone around Sol again. Happy New Year, 2016!