The Lemming's guess is that not so many have heard of the BBG - Brooklyn Botanic Garden.

From the BBG's "About" page:

"A century ago, Brooklyn Botanic Garden's founders had the vision to transform a city ash heap into a premier botanic garden in the heart of the borough. Since the Garden first opened its gates to the public, it has been a vibrant place for education, research, world-class horticulture, and sanctuary...." 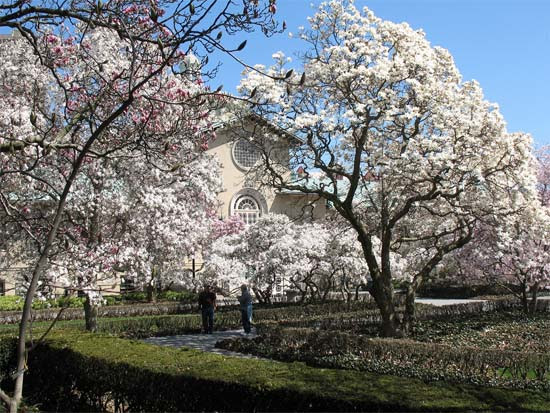 For folks who aren't near Brooklyn, the website has a selection of photos. The Lemming may want to revisit that page in a few months, when central Minnesota's frozen over. It gets cold in Brooklyn, too, by the way: two of the photos show winter scenes.
Posted by Brian H. Gill at 9:05 AM