I heard that the theme for this year's Christmas program at the elementary school was "Santa goes green." These days, I'm grateful that we're allowed to use the word "Christmas" for something like that.

Taking the now-traditional version of Santa's operation, we've got: Although the way Santa treats his elves may be leaving him open to serious trouble from a labor rights standpoint - his workshop and sleigh as it stands seems to be the very model of an ecologically clean, Earth-friendly operation. I suppose the big guy could assign elves to keep an eye on kids and collect wrapping paper for recycling. Or start using biodegradable brown paper to wrap the presents. 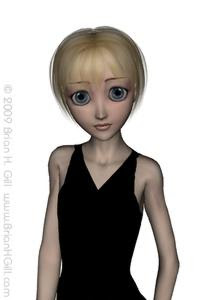 In some circles, 'everybody knows' about Earth's delicate ecosystem and the awful, terrible things that will happen if the rest of us aren't careful. I get the idea that Mother Nature is seen as a frail little 1920s movie actress: all big eyes and toothpick limbs. Sort of like Clara Bow after a long fast.

If I were to personify life on Earth, she'd be more like the growing things that have been around for the last 2,500,000,000 years or so.

One adjective I wouldn't use for life on Earth is "frail." Sure, individual species, like the panda and the koala, could die out if their environment changed a little - and we didn't take an interest in keeping them alive.

Others, not so much. Think pigeons, rats, cockroaches: and, probably, us. Again, think about it: we're opportunistic omnivores that are living on every continent except Antarctica - and we're starting to move in there.

It's true, though: some kinds of creatures aren't around anymore. Like trilobites and the dinosaurs - unless you count birds as flight-adapted dinosaurs. Just about the only unchanging thing on Earth is that things change. Which, I think, troubles some people. 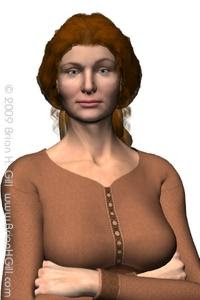 Back to the personification of life on Earth, Mother Nature.

So far, Earth has seen about seven major ice ages. Every few million years a really big hunk of ice, rock, or metal hits Earth, blasting large areas immediately - and sometimes causing global damage. That may (or may not) be what killed off the dinosaurs.

But not other creatures - including our (very) remote ancestors.

Let's face it: Earth's a tough old mother; she's been through a lot; and it looks like it'll take more than manure and coal fires (the 19th century's dreadful pollution problem) or carelessly-discarded six-pack rings to do her in.

Don't get me wrong: I think fur seals are cute; I like spotted owls; my household recycles; and I don't think it makes sense to pour industrial waste into water we'll be drinking later. But getting worked up about poor, frail little Mother Nature?

I think she needs about as much protection as Queen Boudicca did, roughly 19½ centuries back.1

Related posts: Background: 1 You may not have heard of Boudicca of the Iceni, but she made quite an impression on the Romans: metaphorically and literally. I think it didn't help that Romans were, compared to the inhabitants of northwestern Europe - well, not all that big. Boudicca might not have given the Romans much trouble, except that when her husband, king of the Iceni, died, the Roman occupiers of Britain were - imprudent.

"...As a beginning, his widow Boudicca was flogged and their daughters raped...." (Tacitus, "Annals")

I suppose they thought that, being a woman, she'd be cowed into subservience. Didn't work out that way. She was displeased about her personal treatment: and about how the Roman overlords were treating her people. By the time she was through: "...Two cities were sacked, eighty thousand of the Romans and of their allies perished, and the island was lost to Rome...."
(Cassius Dio, "Roman History (LXII.1-2)")

Aside from her sincerely non-helpless nature, I think Boudicca's appearance makes a pretty good model for Mother Nature:

"...In stature she was very tall, in appearance most terrifying, in the glance of her eye most fierce, and her voice was harsh; a great mass of the tawniest hair fell to her hips...."
(Cassius Dio, "Roman History (LXII.1-2)")

About that "harsh voice" - Cassius Dio was a Roman, writing from a Roman point of view. After what she'd been through, I daresay Queen Boudicca's voice might have been a trifle harsh when she spoke to Romans.
Posted by Brian H. Gill at 2:15 PM