Looking Down on the Auroras

"Among the views of Earth afforded astronauts aboard the International Space Station (ISS), surely one of the most spectacular is of the aurora. These ever-shifting displays of colored ribbons, curtains, rays, and spots are most visible near the North (aurora borealis) and South (aurora australis) Poles as charged particles (ions) streaming from the Sun (the solar wind) interact with Earth's magnetic field.

"While aurora are generally only visible close to the poles, severe magnetic storms impacting the Earth's magnetic field can shift them towards the equator...."

The ISS was over the Southern Indian Ocean, 220 miles / 350 kilometers up, when an astronaut took this photo. 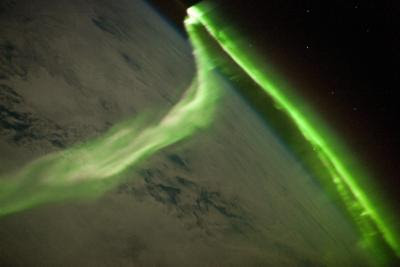 There's a much larger image on the NASA website, with finer detail. And a few stars. 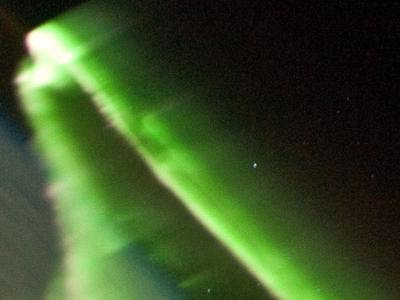 (from NASA, used w/o permission)

Also a short description of auroras.

It's an impressive photo: one of many taken from the ISS.