"Vanity Fair recently asked 52 prominent architects and critics to name the most important pieces of architecture built since 1980. The winner of the informal survey -- which is to be published in the magazine's August issue -- is a familiar face who hardly needs more accolades from his peers in the architectural establishment.

"Frank Gehry emerged at the top of the poll for his design for the Guggenheim Museum in Bilbao, Spain. The curvy museum opened to the public in 1997 and has since become one of Gehry's signature buildings...." 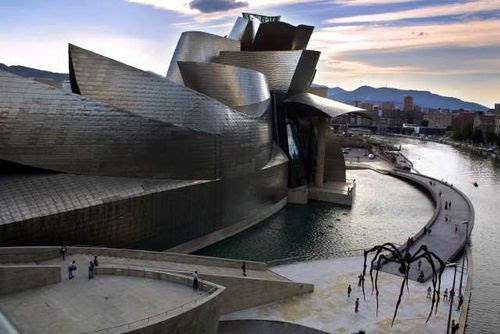 Actually, anybody who's dropped a roll of aluminum foil has seen something like these buildings.

I'm not sure if we're looking at the look of 21st-century architecture, or something that'll be as dated as the fifties' boomerang shape. Either way, for now we've got some very - unusual - buildings to look at.

I don't have any problem with architects trying something new.

On the other hand, I'm a bit more impressed by buildings like the Guggenheim Museum by Frank Lloyd Wright in New York City. I suppose critics in the late fifties made fun of the snail-shell-shaped tower coming out the top of that building.

One difference between Wright's design and Gehry's is that Wright's 'snail shell' was a long, sloping, gallery which served both as a display area and as a corridor from one floor of the museum to another.

Gehry's curving panels seem to serve as expressions of the architect's artistic talent. They may serve some practical purpose: maybe to provide shifting concentrations of sunlight on adjoining streets and sidewalks during the day? 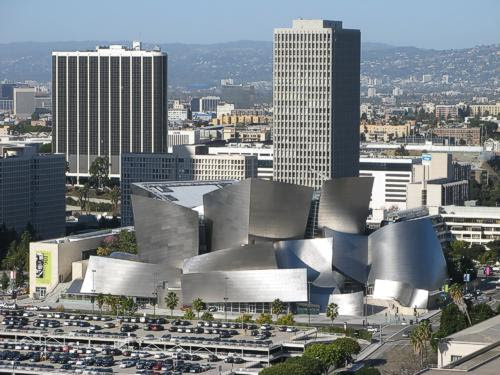 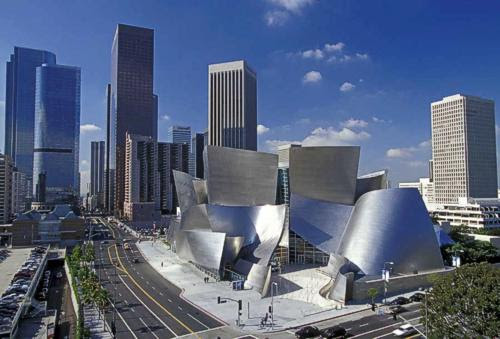 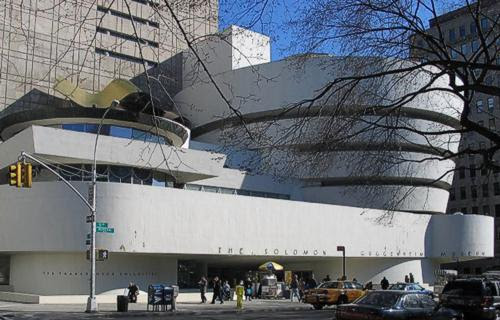