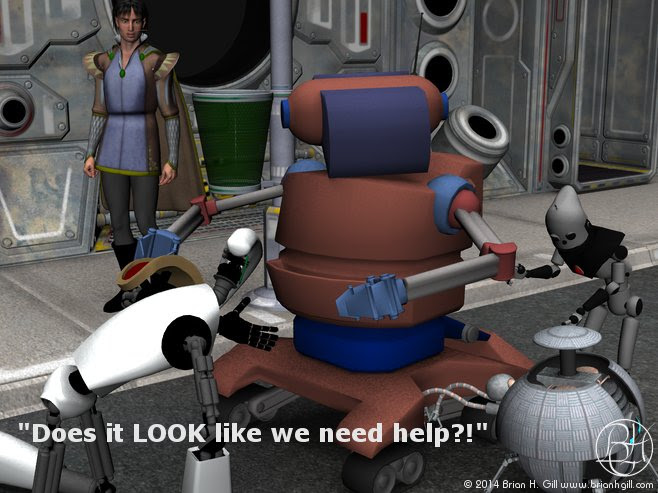 It's been nearly seven decades since von Neumann helped develop the first electronic computers: the first ones that handled ones and zeroes, anyway. Since then, the Lemming has been impressed with developments like transistors, fiber optics, and pay-per-view cable television.

But humans were still building computers that stored data one place, moved it somewhere else for processing, and then back to storage for the next process. Sure, it worked better than pressing symbols into clay tablets: but even humans realized that the artificial intelligence of these "electronic brains" was emphatically artificial.

Now, finally, humans have made a new sort of computer. Some of them, including a team that works for IBM.

Well, actually, it's a new kind of computer chip. And it'll need an entirely new sort of software, so the Lemming figures it'll be years before you'll see them in the electronics department.

Here's what got the Lemming started — 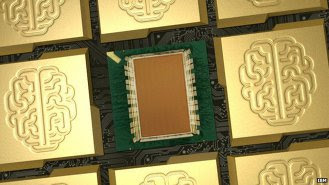 "Scientists have produced a new computer chip that mimics the organisation of the brain, and squeezed in one million computational units called 'neurons'....

"...Each neuron on the chip connects to 256 others, and together they can pick out the key features in a visual scene in real time, using very little power....

"...Instead of binary ones and zeros, the units of computation here are spikes. When its inputs are active enough, one of TrueNorth's 'neurons' generates a spike and sends it across the chip to other neurons, taking them closer to their own threshold.

"Software has to be written completely differently for these spiking-network systems...."

And now, the mellow moods of Festo and the Flying Mechanical Penguins.

The Lemming is not making that up.

There's more — from the mind of the Lemming, and elsewhere:

Labels: computers, from the mind of the Lemming, information technology, robots