Revenge of the Turkey 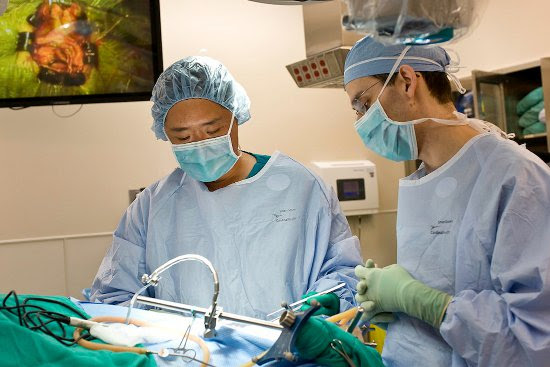 "The holidays are a time of joy and giving thanks. But like any occasion that involves families gathering to enjoy good food and each other's company, accidents can happen.

"LiveScience asked emergency room doctors about the weirdest, funniest or most unfortunate reasons for a visit to the ER over Thanksgiving and other holidays. From deep-fryer burns to in-law anxiety, here are some of the most notable:

" Nothing says Thanksgiving like cooking an obscenely large farm bird. Perhaps it's not surprising, then, that emergency rooms see a lot of fowl-related injuries on Turkey Day.

"Deep-frying turkeys poses a major hazard. If the turkey is wet or partially frozen when it hits the oil, the bird can catch fire, or even explode. 'We've had fires that singed hair and eyebrows, and splash burns to the face,'" said Dr. Robert Glatter, an emergency physician...."

"...People also drop their turkeys, causing second-degree burns to the tops of their feet, contusions and the occasional toe fracture...

"One of the most common problems around Thanksgiving, as one might guess, involves eating and drinking too much, Glatter said. The combination, he explained, can cause a surge in epinephrine or norepinephrine, which triggers atrial fibrillation (an irregular heartbeat) in a structurally normal heart. Doctors call it 'holiday heart.'...

"...And when people eat too quickly, food can get lodged in their throats — especially turkey, because it's so dry...."

There's more: carving under the influence; the potato salad that time forgot; energetic in-laws; and  — the Lemming's favorite — a raw turkey used as a football helmet.

On that cheerful note, the Lemming bids you bon appétit, which is the name of a magazine, and another topic.