A 'Bookish' Librarian, Art, Words, and a Rambling Lemming 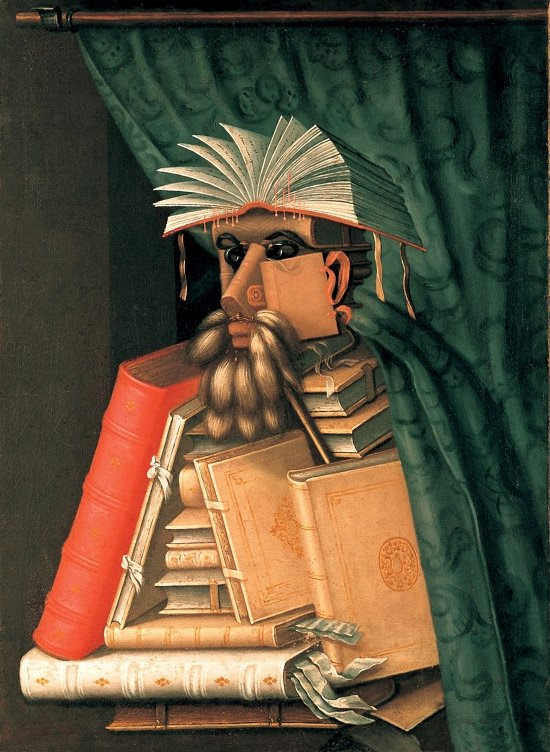 If artists paint what they see, Giuseppe was deranged; which has little to do with "Home on the Range;" although spending too much time where the antelope roam might.

On the other hand, maybe his paintings are incisive social commentary; or clever puzzles; or maybe he was essentially not in madness, But mad in craft. Bill had a knack with words: like when Hamlet said "unpack my heart with words," and it's funny how unpack sounds like knack, except that first k is silent, and the Lemming's train of thought jumped the track, which also rhymes with knack.

Which reminded the Lemming that Giuseppe Arcimboldo painted a quartet of seasons: Spring, Summer, Autumn, and Winter, except they came about ten years apart: the first two and the last two, that is; and October is in autumn, followed by November and December, which got those names because they're the eighth, ninth, and tenth month; but that was when Romans only had ten months in a year, since winter didn't count. Sort of.

That was a long time ago, or maybe not so much. It depends on your frame of reference, and the Lemming definitely needs sleep.