"Area architects may not have had to claw their way in but they recently put their design and engineering skills to the test on an animal-rescue mission to design warm, weatherproof, portable and safe shelters for New York City's stray cats. The designers volunteered their time and resources to design and build the shelters for the second annual Architects for Animals competition, part of the non-profit Mayor's Alliance for New York City's Animals.

At that point, the Lemming didn't know what to expect. Architects have been known to do bizarre things when let off the leash. Add heady buzzwords like "environmentally beneficial" and "non-profit," and there's no telling what could happen.

Back to the article.

"...Co Adaptive teamed with architect Kathryn Walton, founder of the non-profit The American Street Cat, Inc., to win this year's competition with a shelter that includes a data-monitoring device. The shelter, which is constructed of recycled and donated materials, is equipped with a pressure sensor, LED light, and a radio transmitter that lights up when occupied and sends information to a base station that posts the weight of the cat and the duration of its stay on the web in real time.

" 'Since one base station can support hundreds of shelters within a one-mile radius, multiple shelters located within multiple cat colonies can provide useful data for caretakers and certified trap-neuter-return (TNR) workers,' Co Adaptive says. The firm hopes that the shelter will ultimately be used 'to expedite efforts to minimize the overpopulation problem.'..."

Okay: collecting data, and managing the city's stray cat population in what seems to be a humane way, makes sense. So far, so good.

Some of the architects lived down to the Lemming's expectations. There's 'The Shag,' that looks like a refugee from a '70s pet store. The Lemming suspects that the architect may have hoped that a pet supply company would take notice: nothing wrong with that, by itself, but probably not the most efficient way to deal with New York City's stray cats. 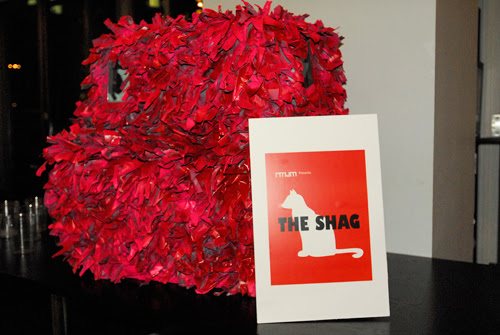 (from Architectural Record, used w/o permission)
"A design by RMJM - Photo by Dana Edelson"

Some of the other entries looked nice, and might have been easier to mass-produce than they seem to be. But the Lemming thinks those designs were more an exercise in aesthetics and economics. Nothing wrong with that: but didn't stray cats come up in the discussion, somewhere?

Still. Some of the entries looked pretty good. 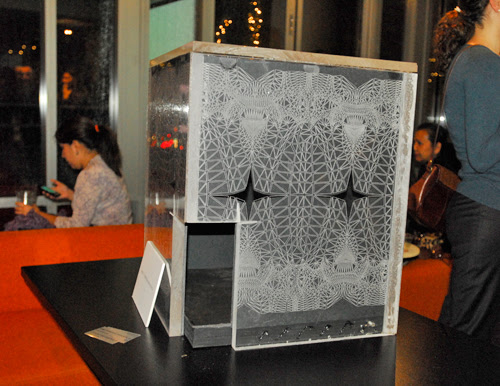 (from Architectural Record, used w/o permission)
"A design by Gage Clemenceau - Photo by Dana Edelson"

Then there's the "Cat SH3elter," by H3 Hardy. It's not what most folks might want in their living room, but a design that involves mailing tubes should be 'environmentally beneficial.' Recycling and all that.

Not a bad idea. Not bad at all. In the Lemming's opinion. 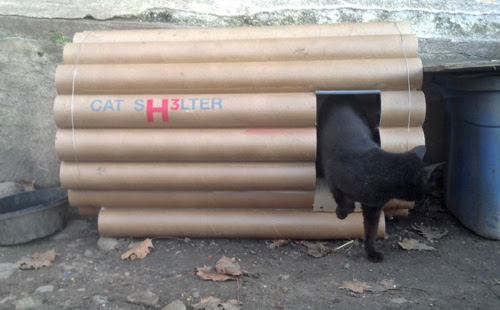 (from Architectural Record, used w/o permission)
"The shelter designed by H3 Hardy was given to CSM Foundation. Here, a stray cat uses the outdoor shelter. Photo by Dana Edelson"

Not the word you wanted, I think: "there's not telling what could happen."

Odd, how I sometimes write with a sort of 'accent.'

And, agreed! The Cat SH3lter seems quite practical. 'Feline seal of approval,' and all that.