Ashikaga Yoshiakira's Birthday, Independence Day, and All That 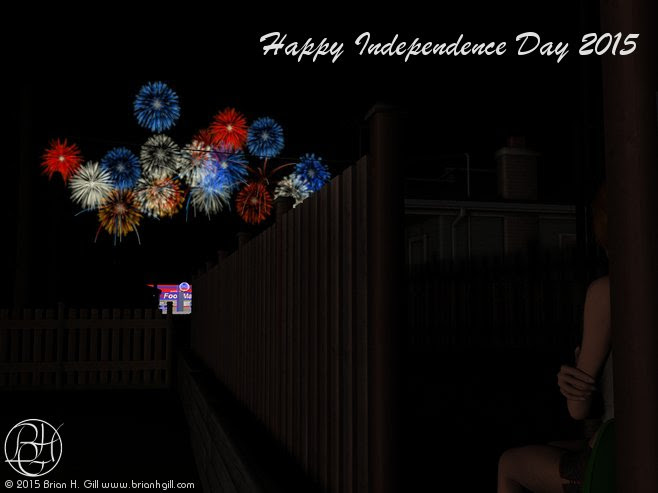 Turns out that 1005 Boxelder Drive is a pretty good place to set up chairs and watch a public fireworks display. As long as there's enough wind to discourage mosquitoes, of course.

A whole bunch of other stuff happened, too, but the Lemming figured that was enough history for one post.

Speaking of rabbits, the Lemming strongly advises against using furry animals as launch supports for bottle rockets. The animals don't like it, singed fur smells bad, and they're nowhere near as steady as a bottle. Un-furry animals aren't much better, really, now that the Lemming considers the matter.

They do, however, seem to think that bottle rockets shouldn't be associated with bottles ("...never carry fireworks in a pocket or shoot them off in metal or glass containers) — which inspired the Lemming's effort to prevent a serious human-rabbit misunderstanding.

A bit more seriously, here's what the USCPSC says about not visiting the emergency room for the holiday:


"Fireworks are synonymous with our celebration of Independence Day. Yet, the thrill of fireworks can also bring pain. 230 people on average go the emergency room every day with fireworks-related injuries in the month around the July 4th holiday."

"Remember, fireworks can be dangerous, causing serious burn and eye injuries. You can help us prevent fireworks-related injuries and deaths. How? By working with a national, state or local organization where you live to promote fireworks safety in your community." 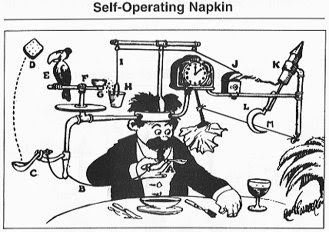 The Lemming is forgetting something important. Let's see — the stove isn't running but the refrigerator is, a stitch in time still saves nine, AHA! July fourth is Rube Goldberg's birthday!

Labels: advice, America, American, art, Fourth of July, from the mind of the Lemming, holidays