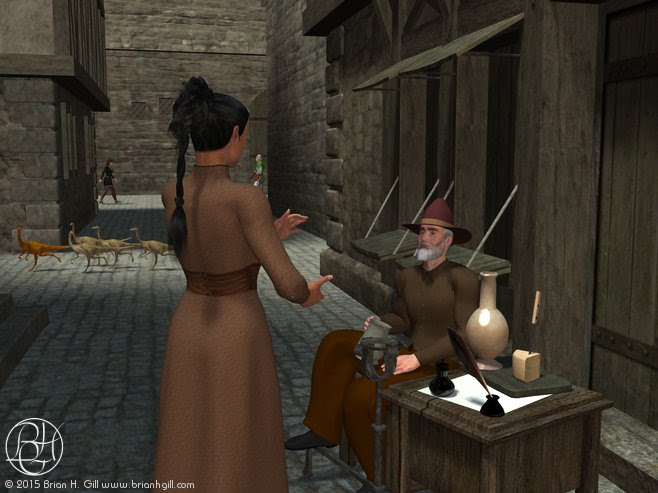 " 'Searching is best begun by your door.' Where it will end: I may not like that, but at least I will know.' "

The story so far:

Labels: art, fantasy, from the mind of the Lemming